© The Author(s) 2020. Open Access This article is licensed under a Creative Commons Attribution 4.0 International License (https://creativecommons.org/licenses/by/4.0/), which permits unrestricted use, sharing, adaptation, distribution and reproduction in any medium or format, for any purpose, even commercially, as long as you give appropriate credit to the original author(s) and the source, provide a link to the Creative Commons license, and indicate if changes were made.

Oxidative phosphorylation and generation of cellular ATP requires coordinated biogenesis and assembly of respiratory chain complexes at the inner mitochondrial membrane. Electrons are transferred along the respiratory chain complexes from the reducing equivalents NADH and FADH2 to oxygen to produce water and generate a proton gradient across the inner membrane. This proton gradient enables ATP synthase to generate ATP from ADP and phosphate. In humans, five multi-subunit protein complexes compose the respiratory chain and oxidative phosphorylation system: NADH dehydrogenase (Complex I); succinate dehydrogenase (Complex II); coenzyme Q: cytochrome c-oxidoreductase (Complex III); cytochrome c oxidase (Complex IV); and ATP synthase (Complex V). Complex II is composed of proteins encoded entirely by the nuclear genome, whereas the remaining complexes have protein subunit components encoded by both nuclear and mitochondrial genomes. Additionally, complex assembly is a highly coordinated process involving a number of assembly factors, as well as coordination of nuclear and mitochondrial genes. Defects in mitochondrial translation processes may result in impaired activities of these complexes, resulting in deficient aerobic energy metabolism and clinical disease in humans[3].

Mitochondrial translation is specifically defined as the process within mitochondria whereby mitochondrial mRNA (mt-mRNA) is translated by mitochondrial ribosomes (mitoribosomes) to generate an amino acid polypeptide. Mitochondrial translation is necessary for the generation of thirteen respiratory complex subunits. mt-mRNAs are unique in that they are uncapped, have no or very few 5’-untranslated nucleotides, and contain a poly A tail that immediately follows or forms part of the stop codon[4]. The mitoribosome translates the mt-mRNA by inducing the binding of complementary tRNA anticodon sequences to mt-mRNA codons in a manner analogous to that performed by cytoplasmic ribosomes. The tRNAs carry specific amino acids that are linked together into a polypeptide as the mt-mRNA passes through and is read by the mitoribosome. Mitoribosomes have a higher protein:RNA ratio (2:1 vs. 1:2 in cytoplasmic ribosomes) and are less dense (55S vs. 80S) than cytoplasmic ribosomes[5]. Additionally, mitoribosomal translation is unique in that there are several differences from the universal genetic code. Human mitochondria translate the conventional UGA stop codon as tryptophan, reprogram the two conventional arginine codons AGA and AGG for termination, and code the conventional isoleucine AUA codon as methionine[6].

Structural studies have established that many mitochondrial ribosome proteins have eubacterial orthologs, but there also exist additional proteins without such orthologs. Mitoriboproteins have traditionally been named by a MRPS (Mitochondrial Ribosomal Protein Small subunit)/MRPL (Mitochondrial Ribosomal Protein Large subunit) nomenclature[5]. Recently, a new naming convention has been proposed based on functional/structural relationships of mitoribosomal proteins across species in order to reduce ambiguity arising from non-orthologous proteins from different species being assigned similar names[7].

All 22 mt-tRNAs are encoded by the mitochondrial genome, and the primary function of mt-tRNAs is to deliver amino acids to the nascent polypeptide chain during mitochondrial protein translation. Mitochondrial tRNAs are truncated when compared to their canonical cytosolic tRNA counterparts, and, in some cases, such as in tRNASer(AGY), one arm of the classic cloverleaf secondary structure of tRNA is lost[10].

The first report of a mt-tRNA mutation causing human disease was published in 1990 when Kobayashi et al.[11] revealed that a mutation in the mitochondrial tRNALeu gene (MTTL1) was causative of mitochondrial myopathy, encephalopathy, lactic acidosis, and stroke-like episodes (MELAS)[11,12]. Since then, over 300 mutations in mt-tRNA genes have been identified to cause human disease [Table 1]. Most of these mutations prevent tRNA aminoacylation. mt-tRNA mutations have been identified in various structural locations including in the anti-codon wobble position, anti-codon stem, acceptor stem, DHU stem, TYC stem, and the variable loop[12]. Disorders associated with mitochondrial t-RNA mutations are summarized in Table 1.

The two most well-known mitochondrial diseases associated with mt-tRNA mutations are MELAS and myoclonic epilepsy with ragged red fibers (MERRF). In approximately 80% of MELAS patients, the causative mutation is the m.3243A>G pathogenic variant in MTTL1 (mt-tRNALeu). Most patients with MELAS develop symptoms between ages 2 and 40 years old, and these symptoms include stroke-like episodes, encephalopathy with seizures and/or dementia, muscle weakness, exercise intolerance, headaches, vomiting, hearing impairment, peripheral neuropathy, learning disability, and short stature. Treatment for MELAS is supportive and includes treatment with a mitochondrial cocktail. Intravenous arginine is recommended during acute stroke-like episodes, and arginine should be given orally for prophylaxis after a patient has had a first stroke-like episode[15].

The most common mutation causing MERRF in more than 80% of affected patients is the m.8344A>G mutation in MTTK (mt-tRNALys). Onset of MERRF is usually in childhood and the first symptom is often myoclonus. Other common symptoms and findings are epilepsy, ataxia, weakness, dementia, hearing loss, short stature, optic atrophy, and cardiomyopathy with Wolff-Parkinson-White syndrome. Treatment is also supportive with antiepileptic medications to treat seizures, mitochondrial cocktail, and physical therapy[16].

Mitochondrial aminoacyl-tRNA synthetases (mt-ARSs) are essential for protein synthesis in the mitochondria and generation of oxidative phosphorylation (OXPHOS) system components. mt-ARS proteins are nuclear-encoded and function to charge mitochondrial tRNA molecules, which are mitochondrial-encoded, with their cognate amino acids. While mt-ARS proteins vary in size and oligomeric state (from monomer to tetramer), all contain a catalytic domain and a tRNA anticodon-binding domain[17]. mt-ARS genes are named with an ARS2 nomenclature (for example, MARS2 for methionine tRNA synthetase, mitochondrial). For the amino acids glycine and lysine, a separate mt-ARS gene does not exist, and GARS and KARS, respectively, function as the aminoacyl-tRNA synthetase in both the cytosol and the mitochondria. Additionally, an mt-ARS has not been identified for glutamine (Q), and Q-tRNA is believed to be formed by postconjugation modification of glutamate[18].

The first Mendelian disease reported to be caused by mt-ARS mutations was leukoencephalopathy with brain stem and spinal cord involvement and lactate elevation (MIM #611105) due to autosomal recessive pathogenic variants in DARS2, which was reported in 2007[19]. Since then, pathogenic variants in all known mt-ARSs have been identified with the majority being identified by whole exome sequencing studies, and the associated conditions represent a new class of Mendelian disorders [Table 2]. All mt-ARS disorders exhibit autosomal recessive inheritance and most often patients are compound heterozygotes[17]. These Mendelian disorders are extremely rare as deleterious mutations in mt-ARS genes leading to absent mt-ARS function are expected to be lethal. Therefore, patients most often have at least one allele with a mild mutation leading to some residual mt-ARS gene function.

Interestingly, although pathogenic variants in all mt-ARSs are expected to result in disruption of protein synthesis of OXPHOS system components via impairment of mitochondrial translation, the identified mt-ARS disorders each display strikingly specific clinical phenotypes with specific tissue involvement [Table 2][17,20,21]. Most frequently, mt-ARS disorders display central nervous system involvement, but additional organ systems are specifically involved in certain disorders, such as ovaries in the case of HARS2 and LARS2 or kidney in the case of SARS2[Table 2][22-24]. Additionally, age of onset is highly variable for the various mt-ARS disorders. The molecular mechanisms behind this selective tissue involvement and disease phenotype for specific mt-ARS disorders are currently poorly understood.

Failure of charging of glutaminyl mt-tRNA (mt-tRNAGln) has also been identified to cause disease. The GatCAB aminoacyl-tRNA amidotransferase complex provides this function and is composed of three subunits: GATA encoded by QRSL1, GATB encoded by GATB, and GATC encoded by GATC. Patients with defects in glutaminyl mt-tRNA charging present in infancy with lethal cardiomyopathy and lactic acidosis. Pathogenic variants have been identified in QRSL1, GATB, and GATC, and all cause autosomal recessive disease[32,33].

In addition to mt-ARS genes functioning in mitochondrial translation, there is growing evidence that mt-ARS proteins have potential non-canonical roles in immune regulation, inflammation, and neuronal differentiation[34]. Further work is in progress to further explore the many roles of mt-ARS genes.

Mitochondrial 55S ribosomes are composed of two subunits. The small 28S subunit (mtSSU) functions to catalyze the peptidyl-transferase reaction and the large 39S subunit (mtLSU) functions in mt-mRNA binding and decoding[8]. The 28S and 39S mitochondrial ribosome subunits are composed of 12S mt-rRNA (mtSSU) and 16S mt-rRNA (mtLSU) and ribosomal proteins. Both mt-rRNAs are processed from the polycistronic heavy strand transcript, which also encodes tRNAPhe and tRNAVal. Following release of the mature mt-rRNAs by endonucleolytic cleavage, assembly of the functional mitoribosome proceeds via a complex process involving maturation and processing of mt-rRNAs and association with ribosomal proteins[35]. In addition to the 16S mt-rRNA, the large subunit of mammalian ribosomes also include tRNAPhe or tRNAVal[36,37].

The gene MTRNR1 encodes the mitochondrial 12S ribosomal RNA, and the gene MTRNR2 encodes the mitochondrial 16S ribosomal RNA. Mutations in MTRNR1 are associated with hearing impairment with or without aminoglycoside exposure. The MTRNR1 mutations m.1555A>G[38] and m.1494C>T[39] have been described as a cause of maternally inherited deafness in numerous case reports but the phenotype is variable and not completely penetrant. The identification of a pedigree in which deafness manifested when the m.1555A>G variant was co-inherited with a loss-of-function SSBP1 variant suggests that SSBP1 may be a phenotypic modifier of m.1555A>G-associated deafness[40]. Additional examples of complex phenotypes involving m.1555A>G include in a pedigree in which the hearing loss co-segregated with familial dilated cardiomyopathy due to mutations in MT-ATP6[41]. Recently, expansion of the MTRNR1 poly-cytidine tract at m.961 has been reported to be associated with non-ophthalmologic manifestations (intellectual disability, epilepsy, and migraine) in a kindred also segregating Leber’s hereditary optic neuropathy due to m.3460G>A, although this association is not statistically validated[42]. In contrast to the numerous reports of human disease-associated variants in MTRNR1, only a single variant in MTRNR2, m.2336C>T, has been identified as a cause of hypertrophic cardiomyopathy in humans[43].

At present, nine MRPS genes and three MRPL genes have been identified to cause mitochondrial disease in humans [Table 3]. All are inherited in an autosomal recessive fashion. Mutations in mitochondrial ribosomal protein genes may destabilize the mitoribosomal subunits impacting translation, as has been shown via proteomic analysis with MRPS34 disorder[44]. Despite the presumptive shared pathogenesis of destabilizing either the large or small mitoribosomal subunits, the clinical phenotypes associated with mutations in genes encoding mitoribosomal structural proteins are surprisingly diverse [Table 3]. Most of these disorders present early in life, although missense mutations in MRPS22 can present with ovarian failure in adolescent females[45]. Neurological deficits have been observed in the majority of patients with this subset of disorders but additional associated clinical phenotypes include hepatopathy, renal dysfunction, deafness, myopathy, and craniofacial or cardiac phenotypes. The neurological features may be variable and range from structural lesions such as agenesis of the corpus callosum to classical Leigh syndrome or functional deficits without apparent structural lesions. Most mitochondrial ribosomal protein subunit disorders cause severe disease often with multi-organ involvement and early death. In the future, additional mitochondrial ribosomal protein disorders are highly likely to be identified via whole exome sequencing of patients with suspected mitochondrial disease.

All authors declared that there are no conflicts of interest. 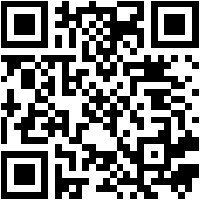