King syndrome: what’s in a name?

This article belongs to the Special Issue Genetics and Epigenetics of Prostate Cancer: from Etiology to Treatment
Views:125 | Downloads:44 | Cited:

Hereditary breast and ovarian cancers have been associated with pathogenic genetic variants in the BRCA1 and BRCA2 genes for nearly 30 years due to the arduous work of Dr. Mary Claire King. Dr. King and her research team identified the location of the BRCA1 gene in 1990[1]. Unfortunately, patent protection enlisted by a biotechnology company limited access to BRCA genetic testing and research for nearly 20 years. In June 2013, after the U.S. Supreme Court unanimously ruled that isolated human genes cannot be patented, access and research on BRCA1/2 genes greatly expanded.

Yet, a gender bias likely exists which limits access to BRCA testing for males by a syndromic name that only associates BRCA pathogenic variants with breast and ovarian cancers. It is estimated that 1 in 400 individuals harbor a germline BRCA1 or BRCA2 mutation and that estimate increased to 1 in 40 individuals of Ashkenazi Jewish ancestry[2]. There are disparities which exist for access to BRCA genetic testing with regard to education level, insurance status, and race/ethnicity[3]. Gender is an additional disparity as men and women equally harbor these mutations, yet there is a significant difference in testing with women tested significantly more often than men[4]. If the syndrome associated with mutations in BRCA1/2 was changed to King syndrome, the myopic view would not just be on breast and ovarian cancers, which have a preponderance for the female population.

There is clinical utility in establishing the presence of mutations in DNA repair genes, such as BRCA, to define cancer subtypes that have distinct vulnerabilities to specific therapeutic such as Poly [adenosine diphosphate (ADP)-ribose] polymerase (PARP) inhibitors[7]. Poly (ADP-ribose) polymerase is a cellular mechanism for repairing single-strand DNA breaks. If BRCA is mutated, PARP must repair both types of DNA breaks, and cells depend on the PARP repair mechanism. Therefore, use of the PARP inhibitors class of medications in individuals with BRCA1 and BRCA2 mutations should result in cancer cell death through a type of directed synthetic lethality[8]. Poly (ADP-ribose) polymerase inhibitors are a consideration for the treatment of ovarian and breast cancers with germline BRCA1 and BRCA2 mutations and have activity in castration-resistant prostate cancer with germline or somatic mutations in certain DNA repair genes, such as BRCA1, and BRCA2[7].

HAVE BEEN HERE BEFORE

There has been a similar circumstance in cancer genetics with the re-naming of hereditary non-polyposis colorectal cancer to Lynch syndrome[9]. Lynch syndrome is a hereditary cancer syndrome associated with an increased lifetime risk of developing colorectal cancer as well as stomach cancer, ovarian cancer, hepatobiliary tract cancer, urinary tract cancer, and cancers of small bowel, brain, and skin. Lynch syndrome is associated with pathogenic genetic variants in multiple different genes, including MLH1, MSH2, MSH6, and PMS2, which are considered to mismatch repair genes and have therapeutic implications specific to immunotherapy[10]. Previous research demonstrated the benefit of testing tumors and patients for Lynch syndrome as the questionable benefit of standard systemic chemotherapy regimens based on cisplatin and 5-fluorouracil in the setting of mutations in mismatch repair genes[11-14]. Lynch Syndrome provides an early adoption of molecular analysis of solid tumor patients to guide individual oncology treatment and by removing the colorectal cancer focus to the syndrome, a wider net became available to capture cancers associated with mutations in the mismatch repair genes.

It is timely and necessary to rename hereditary breast and ovarian cancer syndrome to King syndrome, to assume a wider assessment of cancer that has occurred, or may occur, and due pathogenic variants in BRCA1 or BRCA2. Genetic testing and molecular analysis for oncology patients of all genders (female, male, and trans) and cancer types (breast, ovarian, pancreas, and prostate) is necessary if the true benefit of personalized medicine is to be gained for the entire population. King syndrome would raise awareness and expand health care provider consideration of genetic testing for cancers other than only breast and ovarian. By a simple name change, King syndrome provides a broader scope to impact health outcomes and save lives.

The author contributed solely to the article.

The author declared that there are no conflicts of interest. 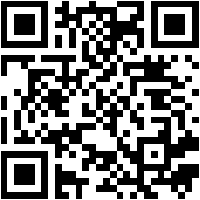