This article belongs to the Special Issue Genetics of Blood Cancers: from Etiology to Treatment
Views:516 |  Downloads:94 |  Cited:

Aim: We here assessed the impact of B-cell receptor stereotypy on progression-free survival (PFS) and overall survival in patients from the HOVON 68 trial.

Methods: Based on IGHV mutational analyses from participating centers in Sweden, Norway, Finland, Denmark, Poland, and the Netherlands, B-cell receptor stereotyped subsets were assigned using the ARResT/AssignSubsets software. Analysis for recurrent mutations was performed by next-generation sequencing by a 454-base platform. All other clinical data were extracted from the HOVON database by November 2016.

Conclusion: In the HOVON 68 trial. Subset #2 patients had a good treatment outcome comparable to the outcome for non-high-risk patients with chronic lymphocytic leukemia following fludarabine-cyclophosphamide-rituximab-based treatment.

The impact of B-cell receptor stereotypy on treatment outcome for patients with chronic lymphocytic leukemia (CLL) has recently been examined across multicenter clinical trials of both early stage and patients in need of treatment, treated with chemo-immunotherapies[1]. The HOVON 68 trial compared chemotherapy with fludarabine and cyclophosphamide (FC) to chemo-immunotherapy with the addition of low-dose alemtuzumab as first-line treatment in high-risk patients with CLL[2].

Approximately one third of patients with CLL carry a stereotyped B-cell receptor. These receptors can be divided into subsets based on homology of their complementarity determining region 3 (CDR3) sequence[3]. At present, 19 major subsets have been described accounting for approximately 13% of patients with CLL[4]. Subsets #1 and #2 are associated with particularly poor prognosis similar to TP53-aberrant cases, while Subset #8 is the subset with the highest risk of Richters transformation[5]. Subset #2 is defined by usage of IGHV3-21/IGLV3-21 genes, a mixed somatic hypermutation status, and a particularly short CDR3[3,6]. The HOVON 68 trial included high-risk patients with CLL defined as having 17p deletion [del(17p)], 11q deletion [del(11q)], trisomy 12, unmutated IGHV, and/or IGHV3-21[2] (see trial registration at www.trialregister.nl as trial No. NTR529). We here assessed the impact of B-cell receptor stereotypy on progression-free survival (PFS) and overall survival (OS) in patients from the HOVON 68 trial. Our data show a favorable outcome for patients with CLL belonging to the stereotyped Subset #2 in this selected high-risk population.

Based on IGHV mutational analyses from participating centers in Sweden, Norway, Finland, Denmark, Poland, and the Netherlands, B-cell receptor stereotyped subsets were assigned using the ARResT/AssignSubsets software[7]. Analysis for recurrent mutations was performed by next-generation sequencing by a 454-base platform (Roche Diagnostics Corporation, Indianapolis, USA)[8]. All other clinical data were extracted from the HOVON database at closure of the trial by November 2016. Chi square or Fisher’s exact tests were used for contingency table analysis. OS and PFS from date of randomization were examined by Kaplan-Meier curves, and log-rank tests as well as graphical illustrations were performed in Graph Pad Prism 9 (GraphPad software Inc., La Jolla, CA, USA) and SAS enterprise guide 7.1 (SAS institute, Cary, USA). A PFS event was defined as no response to treatment, progression, or death. P-values were two-sided and considered statistically significant if P < 0.05.

Characteristics at trial entry by subset #2, IGHV3-21 utilizing patients, IGHV mutational status and not utilizing IGHV3-21 as well as total and excluded patients

In summary, we found that 21% of the high-risk CLL patients treated in HOVON 68 belonged to a major B-cell receptor stereotyped subset, most frequently Subset #2. The Subset #2 patients had a good treatment outcome comparable to the outcome for non-high-risk patients with CLL following FCR-based treatment. The present findings emphasize the fact that chemoimmunotherapy may still have a place as first-line treatment for particular groups of patients with high-risk CLL. However, these results should be interpreted with caution as low-dose alemtuzumab and FC alone are no longer used in clinical practice and due to the very small numbers of patients. Thus, the need for assessing the impact of targeted treatment for this group of patients is still warranted, and our observations from the HOVON 68 trial can serve as a contribution to the discussion of different treatment options for groups of patients belonging to specific B-cell receptor stereotyped subsets.

The authors would like to thank the participating centers and patients.

All authors have commented and approved the manuscript.

All data is available upon specific inquiry to Vojdeman FJ.

The HOVON 68 study was approved by the national ethical comitees as described in (Geisler et al.[2] 2014). 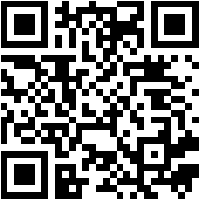